The Ridge Top Tour at Arkaroola
Previous
Next

Well off the beaten track, Arkaroola Wilderness Area is situated in the rugged and spectacular Northern Flinders Ranges,in South Australia.

The 61,000 hectare, privately owned Arkaroola Wilderness Sanctuary offers guests a unique outback experience, not the least of which is the Ridgetop tour. Climb aboard to enjoy the rough ride out across the ridges of this ancient land.

The ancient granite terrain starts just north of the Arkaroola Creek. This landscape is really wild and rugged, and like other parts of Arkaroola, it contains some plants unknown elsewhere.  They are specially adapted to these rock and soil types.  Other plants also survive as remnants from wetter periods in history thanks to the relatively cooler and wetter conditions up in the mountains compared to the surrounding semi-desert plains that ocassionally spring to life after rain.

The first humans to inhabit the Flinders Ranges were the Adnyamathanha people (meaning "hill people" or "rock people") whose descendants still reside in the area, and the Ngadjuri (Ndajurri) people, who were dispersed by European settlement after colonisation. Cave paintings, rock engravings and other cultural artefacts indicate that the Adnyamathana and Ndajurri lived in the Flinders Ranges for tens of thousands of years. Occupation of the Warratyi rock shelter dates back approximately 49,000 years. More

We visited Arkaroola while we were staying at Rawnsley Park Station. We took a short flight over Wilpena Pound and went on the thrilling Arkaroola Ridge Top Tour – a four wheel drive trip into the remote country around Arkaroola.

The Ridge Top Tour lasts around 4 hours, the road is rough and the country is rugged and exciting. We had low cloud at the lookout, but that seemed to add to the mystery of the place.

Our pilot decided she would come with us on the 4WD trip as she had never been on the tour. It was interesting seeing her get ‘greener’ and ‘greener’ as the truck lurched over the rough track. Our guide finally took pity on her and transferred her to the front seat.

I was there in 2010 – a wonderful experience

What an exciting place – great photos 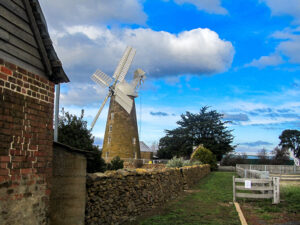 Oatlands, a small town on the Midland Highway between Hobart and Launceston, contains great examples of Colonial Georgian buildings. 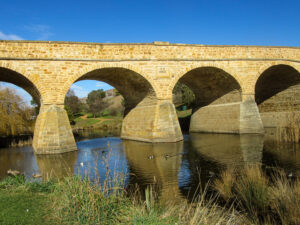 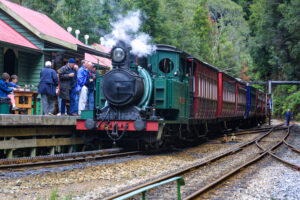 Once used to take copper ore for the Mt Lyell Mining Company from Queenstown to Strahan in Tasmania, the railway now carries tourists.